I told my 8 year old son, Ethan, that he could race cyclocross if he wanted. His reaction was “REALLY?!?!?!?” ,with the widest eyes ever! So naturally it’s father/son bonding time! Minneapolis, Minnesota, as it turns out, has a great ‘cross scene with races every weekend and “Kid races” at every event!

What bike would he ride? I really wish this was another frame build post but the darn kid is growing so fast, and I’m not exactly that fast at this yet. He had been riding his 18″ MirraCo BMX bike but it was getting a bit small (even for a BMX bike). Well, my wife used to race BMX too and we still have her trails bike! Perfect! 20″ We The People Ovoid! I replaced the grips, pumped up the tires and raised the seat a little bit. Perfect “BMX” fit!

Time for his first cyclocross race!!! If you’re thinking of taking your kids to a ‘cross race, do it! They do such an awesome job of encouraging the kids!

All-City put on a great event at Buck Hill, a ski center just south of the cities.

He was SO pumped after his first race! 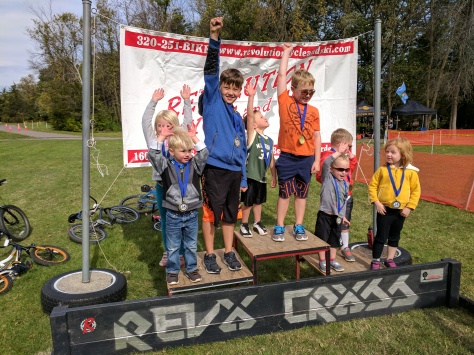 RevoX Cross was a lot of fun! We got to almost take a full lap around the full course after the kids race. That’s when he realized how difficult a cross course can be!

The water was surprisingly warm!

Next up was FreewheelCX at Rebecca Lake.

After FreewheelCX he asked me for a bike with gears! Ha! He’s starting to get it!!! Soon enough buddy!!!

We found a bitchin’ playground at the park just after the race!

A firetower with slides!!!!!

Next up was Green Acres CX, this is the biggest race we’ve been to so far and also MY first race! Ethan did well but struggled with the one speed. He asked the person starting the kids race if their was a single speed kids class. Haha! 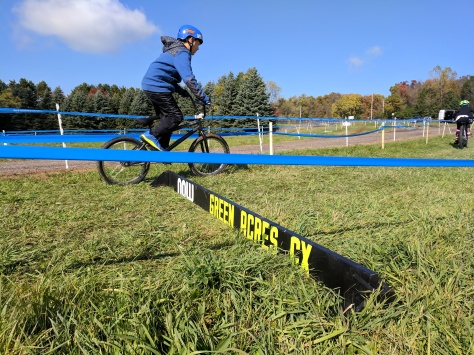 There was a really fun berm at this race! “Go high or go home” was being heckeled at the big guys so Ethan wanted to prove that he could “Go high”! He definitely went higher than some of the big boys! Not bad for an 8 year old.

So yeah, I raced. Holy shit it was probably the hardest I have ever worked on a bike! Also some of the most fun I’ve ever had on a bike! I realized that I don’t have the legs I had in California. No real excuses in that department, but it was still a great time! The atmosphere at Green Acres CX was like a festival with a food truck, beer, HED and Salsa booths, team tents and trailers, a place to hose down bikes and even a Shimano repair guy! They also had a fire pit which was good because us Californians aren’t used to 50° with a breeze! Haha! 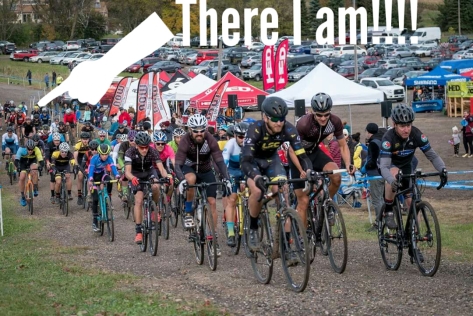 Next up tomorrow is Little Guy Racing’s event! I’m sure it will be as good as the rest so far. I’ll continue to update this post as we hit more and more events.

This past weekend was Karma Cross! The venue was great! A park in New Brighton, MN with a spot for a hockey rink, a warming building with bathrooms, a playground for the kids and a sand pit! (Volleyball court really) I didn’t race but I did get to take a couple full lap. The course was soft, twisty and muddy.

I loved how they had the kid race on a shorter but still longer most of the course! Probably the longest kid course I’ve seen! Perfect place for Ethan to try out his “new” mountain bike.

The fatter tires and gears served him well on this course!

Time to warm up and dry off with his buddy Rocky.